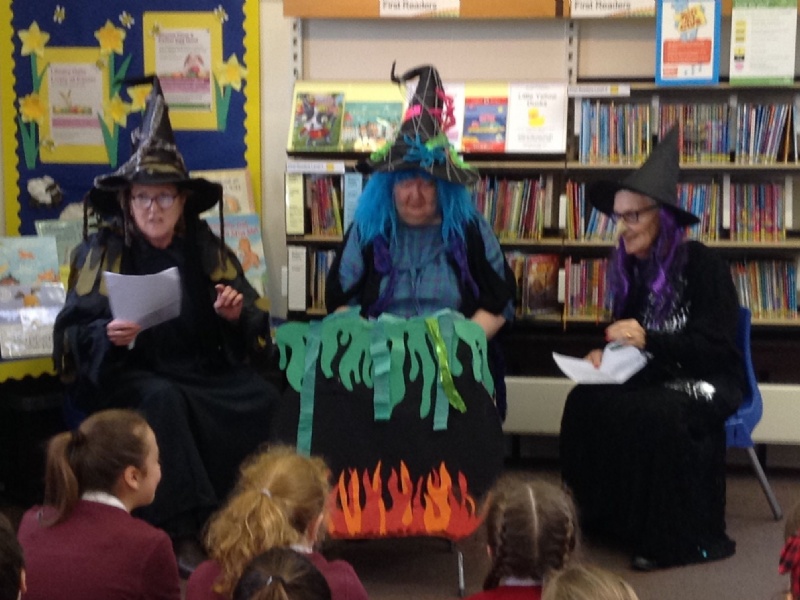 To celebrate National Shakespeare Week (12-18th March), Year 6 visited Lytchett Matravers Library for a workshop and a performance.  Before the visit, Year 6 researched the Great Bard and designed posters which were displayed in the library for the week.

For the workshop, the children were given a quiz to test their knowledge of Shakespeare and his plays.  Then we had to decipher some of the hundreds of Shakespeare quotes, which have become part of our everyday language!

Shakespeare coined many well known phrases such as 'Knock-knock', 'All's well that ends well' and 'Wild goose chase.'  Then Y6 were given a list of insults and compliments that Shakespeare uses in his plays!

Can you guess if 'Thou precious booted nose-herb' is a compliment or an insult?  What about 'Thous greasy rump-faced clot pole'?  Finally, the children were treated to a fantastic performance of a scene from Macbeth by the Castle Players.

The performance was a great introduction to the play - and later that week we performed it ourselves in class and then wrote all about the characters of Macbeth and his wife!