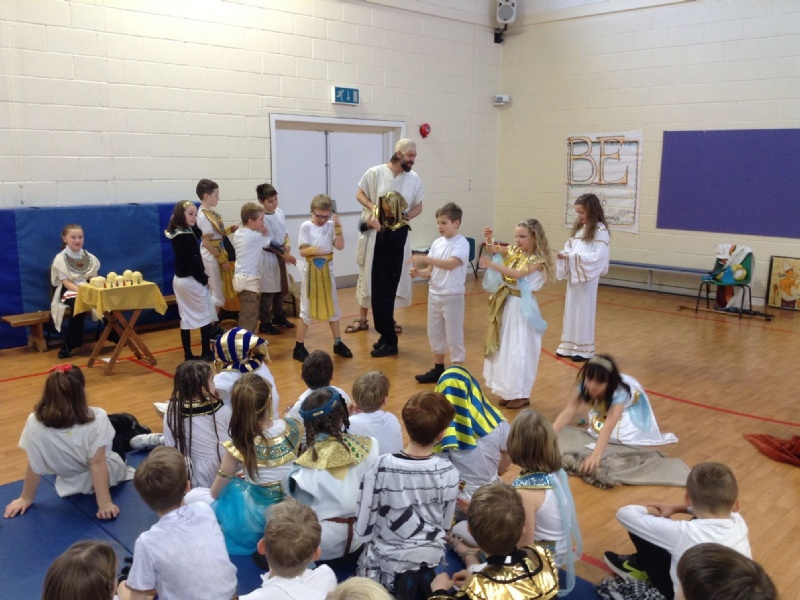 Year 4 had a brilliant day with Ben from the Treehouse Theatre Company!

The children's Egyptian outfits were incredible, and they really enjoyed 'The Egyptians: History's Greatest Mystery' – a play about an Egyptian-enthusiast getting lost in time and experiencing many important events from Ancient Egypt first hand. This meant that the children had great fun rehearsing and performing a play, but also learned lots about Ancient Egypt at the same time.

First, we had an assembly where Ben (who led the day) explained how the drama day would be organised. Then, some children completed Egyptian-themed activities in the classroom, whilst a group at a time were allocated their parts and rehearsed their act with Ben. In the afternoon, the whole of Year 4 then gathered in the hall to perform each act in turn, which created the final play. We were really impressed by the children’s acting talents, and their willingness to throw themselves into their roles.