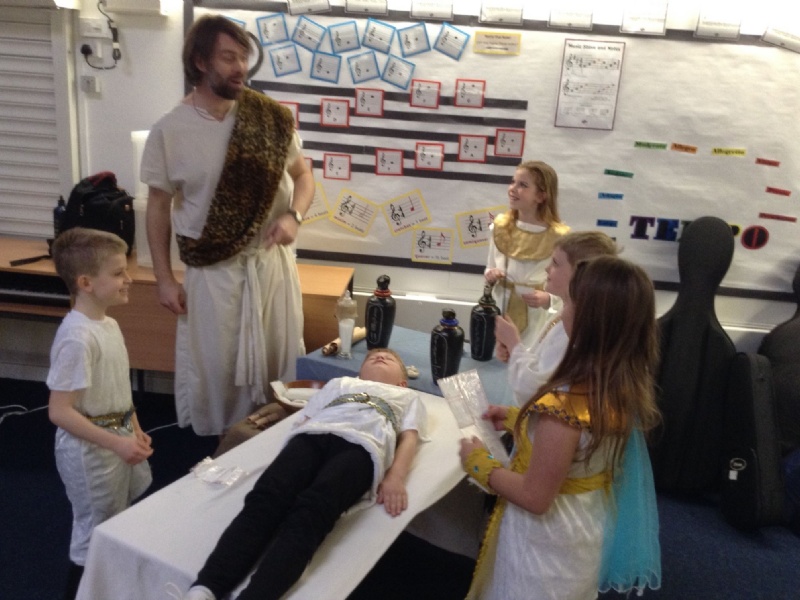 Egyptian Drama Day: On Friday the 10th of February, Year 4 had the Treehouse Theatre Company come in for the Egyptian drama day.  Everyone came to school dressed as Egyptians. Everyone was excited and a little bit nervous.

Immediately, we all went into the studio to meet Ben. As soon as we met Ben we knew he was funny. It was really fun in the studio because he did some silly vocal warm ups. Ben had lots of different accents. In the studio we got told about what was going to happen that day. Ben split us into four groups, I was in group 2.

Afterwards, it was group twos turn to go back to the studio. I got picked to be Neo: A lady giving birth! I was really excited because I had some funny lines. I loved the idea of a play in a day.

Finally, it was time for the performance. I was really excited and I nearly forgot all of my lines but when my turn was over I giggled through the rest of the show.

I enjoyed every second of it. Thank you Ben and the Treehouse Theatre Company for making it so special. 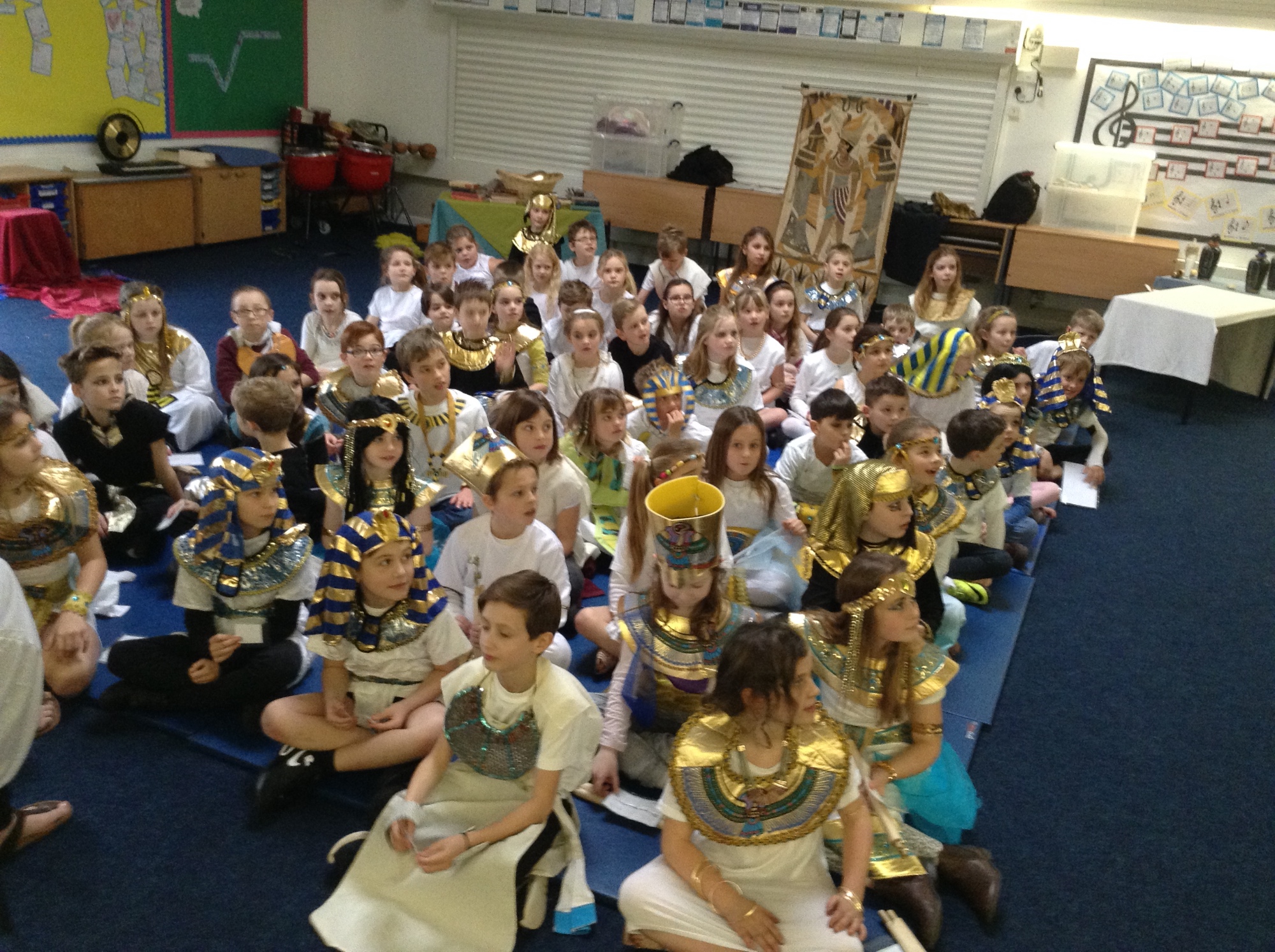 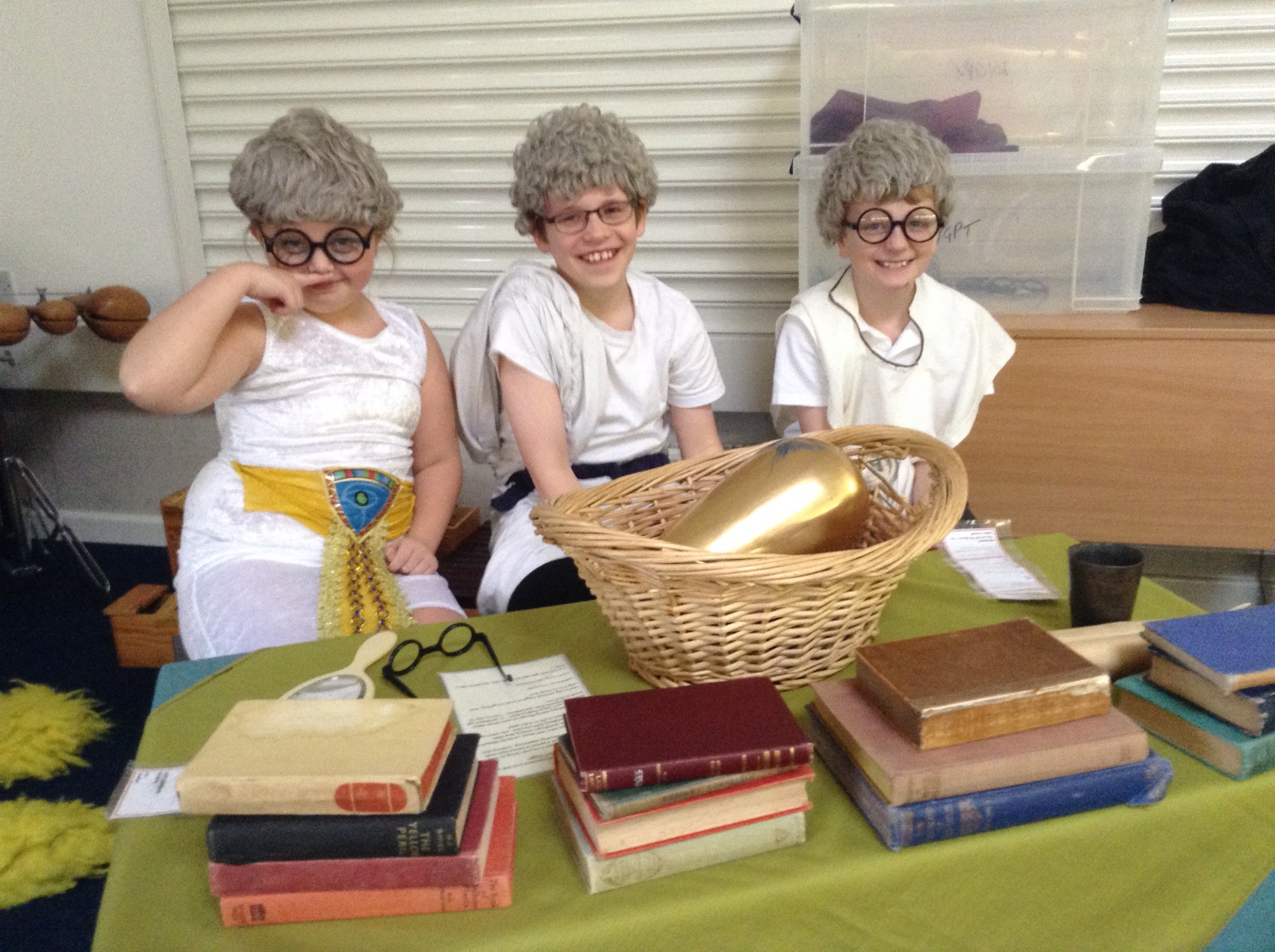 On Friday 10th February all of Year 4 dressed up as Egyptians so we could do a little play with the Treehouse Theatre Company, so I was really excited.

After we had the register, we went to the studio then we met a man called Ben he was hilarious.  Then he gave us our parts. Mine was a brain remover in group 1, so that means I got to remove Will’s brain because he was a dead mummy in rehearsals!

Later that day, after lunch we did the play and everyone did very well but Ben was the real star he could do different accents.  He was very funny!  My part was amazing because everyone laughed, so did I.

At the end, I thought it was amazing, fun and funny! The class loved it and so did I. 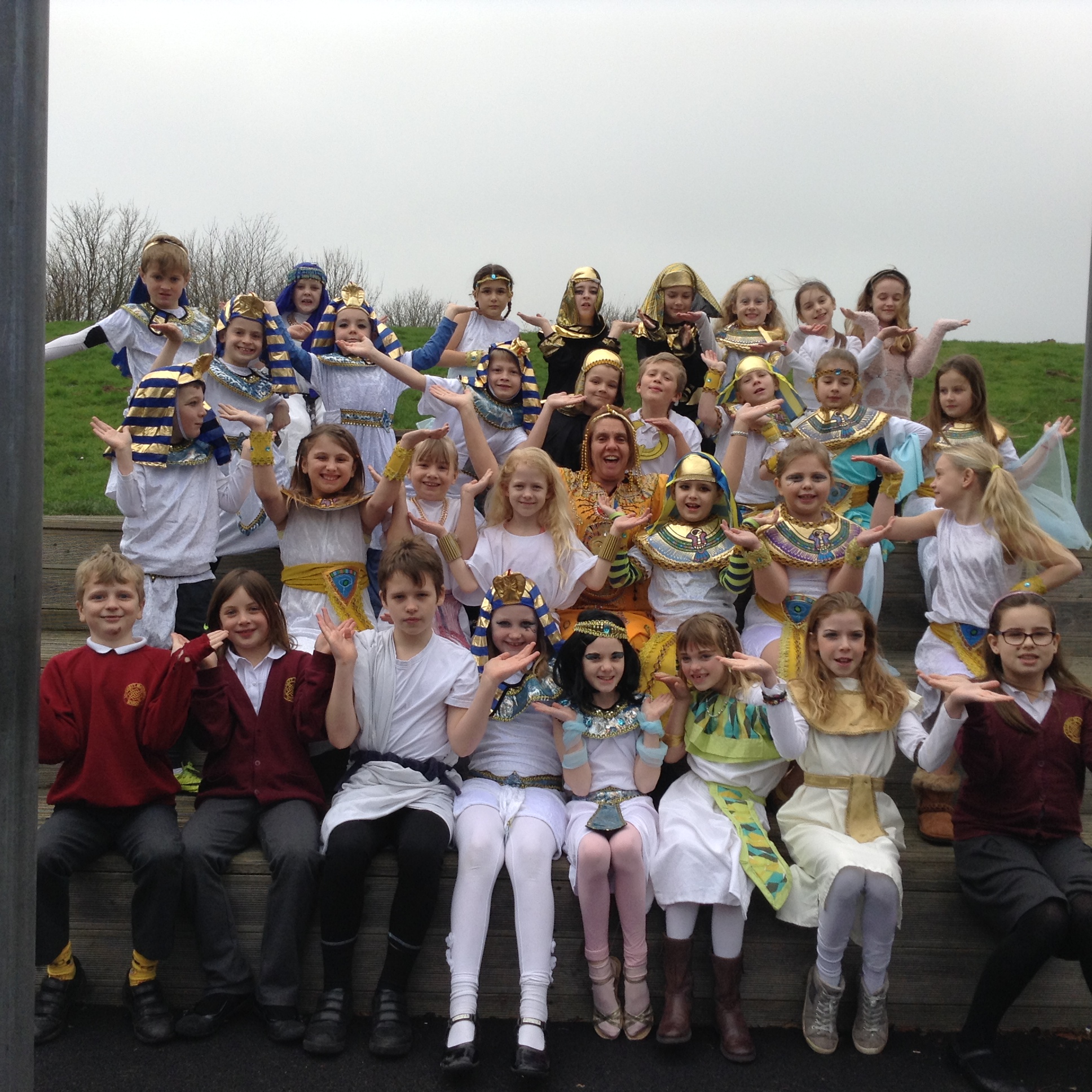